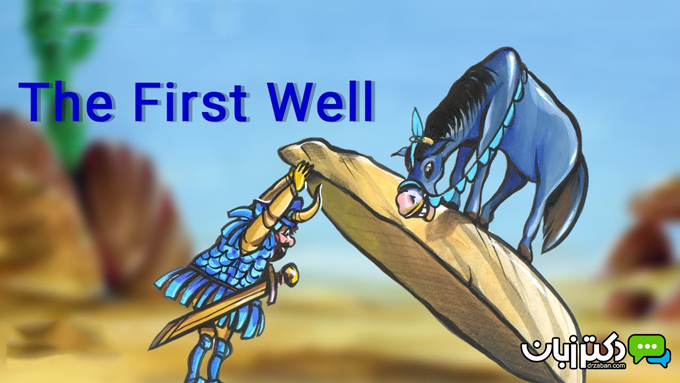 There once was a small kingdom around a lake. One very hot summer, it did not rain and the lake dried up. People grew anxious and went to the King.

“It has not rained for so long. Our fields are barren!” said the farmers. “There are no fish to catch. How shall we earn a living?” asked the fishermen. “Save us from disaster, good King,” urged the women, as their children cried with thirst.

The King sent his four generals in all directions to look for water. The first general went east, towards the sunrise; the second went south, to the dust and heat; the third went west, where the sun sets; and the fourth followed the North Star.

They searched day and night, night and day; high and low they searched everywhere, but in vain. Three of the generals returned, empty-handed.

But the general who had gone north was determined not to fail his King. At last, he reached a cold mountain village. As he sat at the foot of the mountain, an old woman came by and sat next to him.

The general pointed at the horizon and said, “I belong to a beautiful kingdom, where it has not rained for a whole year. Can you help me find water?” The woman motioned the general to follow her up the mountain and into a cave. “We have no water in our country either,” she said.

Then, pointing to the icicles in the cave, she continued: “We call this ice. Take some, and your kingdom will never go thirsty again.” The general broke off a huge piece, loaded it onto his horse-cart and rushed back home.

By the time he reached the court, the enormous icicle had melted into a small lump of ice. Nobody in the court had ever seen ice, so everybody gazed at it with wonder. “This must be a water-seed!” one of the ministers exclaimed suddenly.

The King ordered the ‘water-seed’ to be sowed immediately. While the farmers dug a hole, the lump dwindled in the sun. They swiftly placed the seed in the hole, but before they could cover it up, it had vanished.

The farmers there grew confused and worried. They dug deeper and deeper into the earth, all night long, looking for the mysterious seed.

At the break of dawn, the King found the farmers fast asleep around a hole. Curious, he peeped in and cried out in amazement:

“Wake up, my worthy men – the water-seed has sprouted! There’s water in the hole!” This is how the first well was created.