Would you want to have a special talent in something? Maybe as a musician or an athlete? I’m of two minds about this. Sometimes I watch TV or read about someone who has a special talent. This was true during the Olympics. Some of those athletes I saw were very talented. Whether it was playing soccer, running track, ice skating, or doing gymnastic routines, you could see how gifted they were and how well- trained and focused they were. I get the same feeling when I see musicians who can sing well or play an instrument easily. Watching or listening to them can take your breath away . I sometimes wish I had an special gift like theirs.

On the other hand, I also read about stories of children who are singled out as having talent early in life. Some of these kids begin training or practicing at the exclusion of other things kids do, like hanging out with friends or learning things in other subjects. Some of these kids don’t go to school but are taught at home with tutors instead. They may be sent away to teachers or trainers in other cities, sometimes even without their parents. And, sometimes they spend so much time developing their talent, they don’t have much time to develop other parts of their lives. These kids often live under a lot of pressure to perform. I envy these kids’ talent, but I don’t envy their lives.

I guess maybe it’s not so bad being mediocre after all. At least that’s what I’ll keep telling myself when I practice this week.

Problems at the Office

Lucy: Hey Jeff, can I pick your brain for a minute?

Lucy: Well, I have a sticky situation at work and I wanted to get your input. You’re always so tactful .

Jeff: Thanks. I’m not sure I can help but I’ll give you my two cents.

Lucy: Well, it’s like this. There’s this guy I work with who is always making jokes about the boss. Don’t get me wrong. I like a good joke now and then, especially about the boss. But, sometimes he goes too far.

Jeff. What do you mean?

Lucy: Well, just the other day, he got a picture off the Internet and cut and pasted the boss’s head onto it. Let’s just say it was a very unflattering picture of him.

Jeff: Hmm. That’s really unprofessional, but it sounds harmless enough, if he kept it to himself or just showed it to a few friends.

Lucy: That’s just it. He didn’t keep it to himself. He attached the picture to an email and sent it to the entire company, including the top brass.

Lucy: No, I’m not. This is what I mean when I said he goes too far. He just doesn’t know when to quit.

Jeff: Is he a friend of yours?

Lucy: No, not really. But, I don’t want the guy to get fired. He’s actually a good person. He’s just clueless, that’s all.

Jeff: Well, that’s a tough one. Let me think about it. Maybe there’s a way to get him to cut it out before he gets fired.

Lucy: Thanks. I appreciate it.

Lucy: Sure. Sounds good to me. 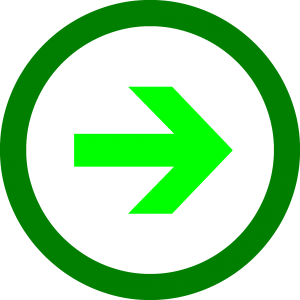